One of the top reasons people choose to purchase Liberty gun safes is for the fire protection they offer.

Depending on the model you choose, you get anywhere from 30 minutes to 2.5 hours of fire resistance for your firearms and valuables.

The main goal is to keep the inside temperature of your safe low, for as long as possible. The longer time ratings will ensure the contents of your safe will be exposed to less heat for a longer time.

Unfortunately, safe fire ratings are not regulated, Liberty has based their fire rating system off the U.S. Department of Commerce National Institute of Standards and Technology (NIST) for a “full-scale house fire.”

The construction of the safe is what determines the level of fire protection. Liberty proudly shows how many total layers of fireboard and the steel thickness of each model. We ensure there are no weak links. 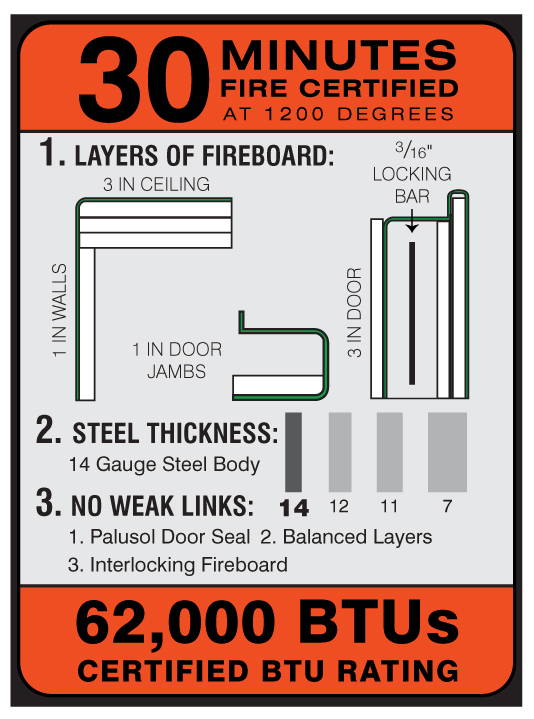 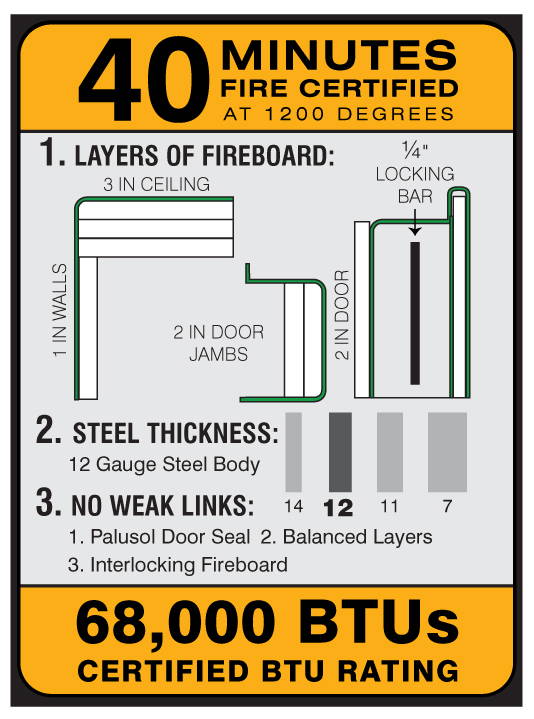 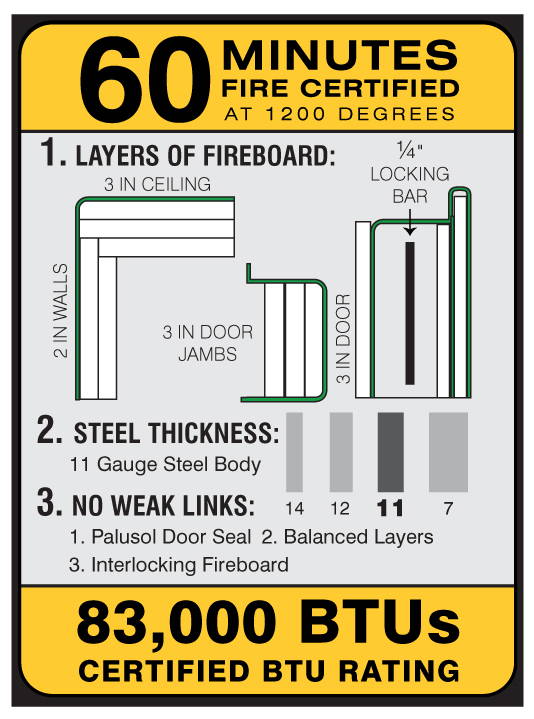 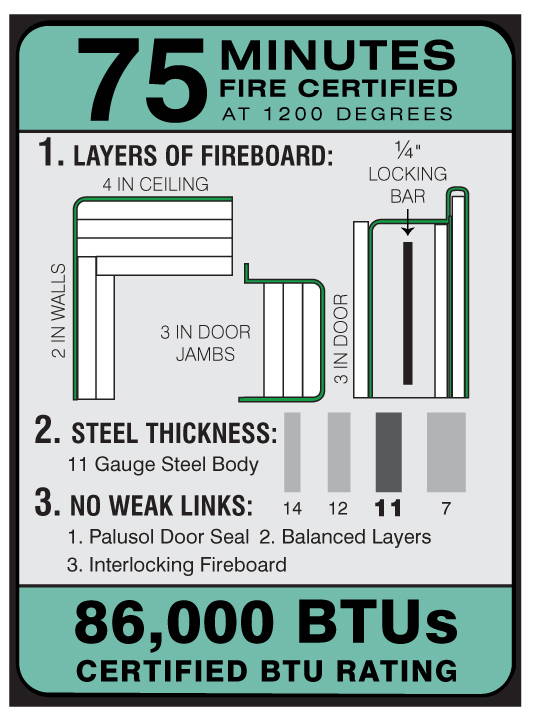 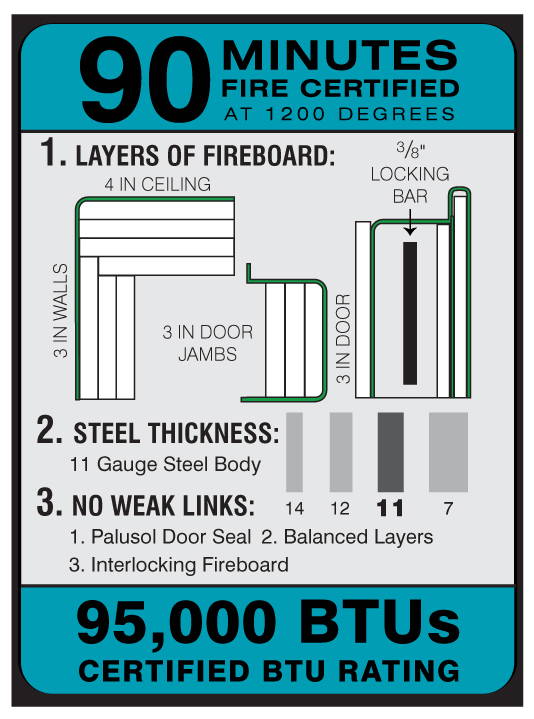 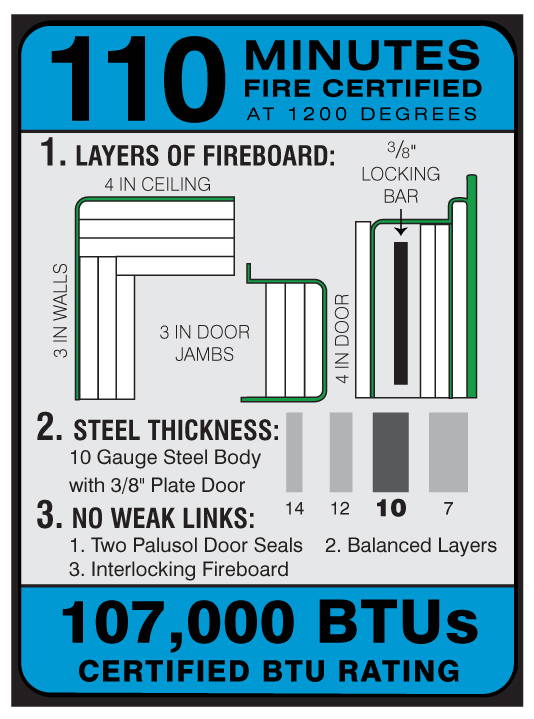 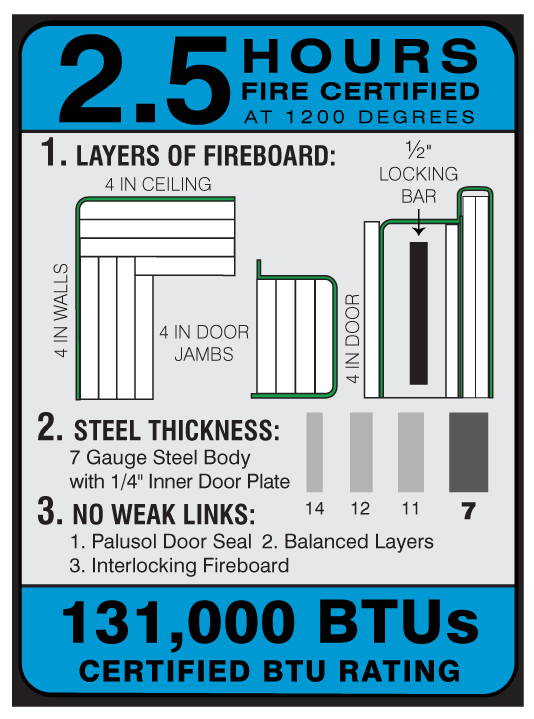 How Much Fire Protection Do I Need?

You don’t want to think about the possibility of your home going up in flames. But home fires happen all the time.

When trying to determine how much safe fire protection you need, you need to consider your risks for a fire:

Ratings Based Off Government Testing

In fact, so seriously that we base our fire testing on standards that have been developed according to research conducted through the efforts of the U.S. Department of Commerce National Institute of Standards and Technology (NIST) for a “full-scale house fire.”

During NIST’s joint study with the ATF, U.S. Fire Administration, National Fire Protection Association and American Re-Insurance, temperatures were recorded to show what exactly goes on during the first minutes of an intense home fire.

When Liberty certifies our safes for fire protection, we rely on furnace testing. We ramp the furnace temperature up to 1200 degrees during the first 10 minutes of the test.

Why? Because the NIST test has shown that fire temperatures hit 1200 degrees during the initial moments of a fire.

Meanwhile, many other safe manufacturers skew their furnace test results by slowing their 1200 ramp-up to 20-30 minutes. They do this to make it appear that their safes can withstand the heat of fire for a longer period of time. Don’t let the results from other manufacturers’ furnace fire tests fool you.

A chain is only as strong as its weakest link. The same holds true for a safe’s fire protective features.

When it comes to fireboard installation, regular drywall (sheetrock) will not do.

While some manufacturers will use common gypsum board as a barrier for heat and fire, Liberty does not.

Instead, we use multiple layers of 5/8-inch thick fire-rated drywall for safe fire protection.

The gypsum core in fire-rated drywall is specially reinforced with glass fiber and other additives to boost its fire-resistance.